A wise teacher once suggested that it requires the same amount of courage to do something difficult, whether you do it instantly or leave it until later.  “Courage in the first instance, not the tenth.”.

All kinds of people need to have them all over the place.  Someone needs to start coming in to work on time because others are hanging about waiting on their input.  The MD needs to stop interrupting others in team meetings because she or he is affecting morale. The boss needs to stop micro-managing and let people get on with their work.  A procurement department is habitually late in paying invoices.  In all of these real-life situations, people are scared that if they say the “hard thing”, they will lose respect, damage a good working relationship, lose a client, say something career-limiting or be seen as the office ogre.  Courage is the thing.

Talking to someone about something disruptive or disrespectful they are doing (or not doing) at work is not about dressing it up so that the essential message is obscured by waffle. It’s not about ‘saying three (…or five…or ten…) positive things for one negative thing.  It’s not about beating about the bush.  It’s certainly not about avoiding the issues.  However, avoiding the issue is often the favoured choice of many people.  Courage is the thing.

What courage in the first instance does is prevent the build up of layers of unnecessary strife that, further down the track, needs to be dealt with when the initial issue snowballs into something major.  If we think bigger about a difficult conversation we can see that it is only fair to give a person the opportunity to do something different before THEY themselves become the issue.  Left unattended, smaller, solvable issues can and do become personal.  I know of many organisations where this has happened and in hindsight, the people involved wish they’d thought a little bigger about doing something a lot earlier.  Dismissals, arbitration and even legal proceedings have ensued, to nobody’s delight. 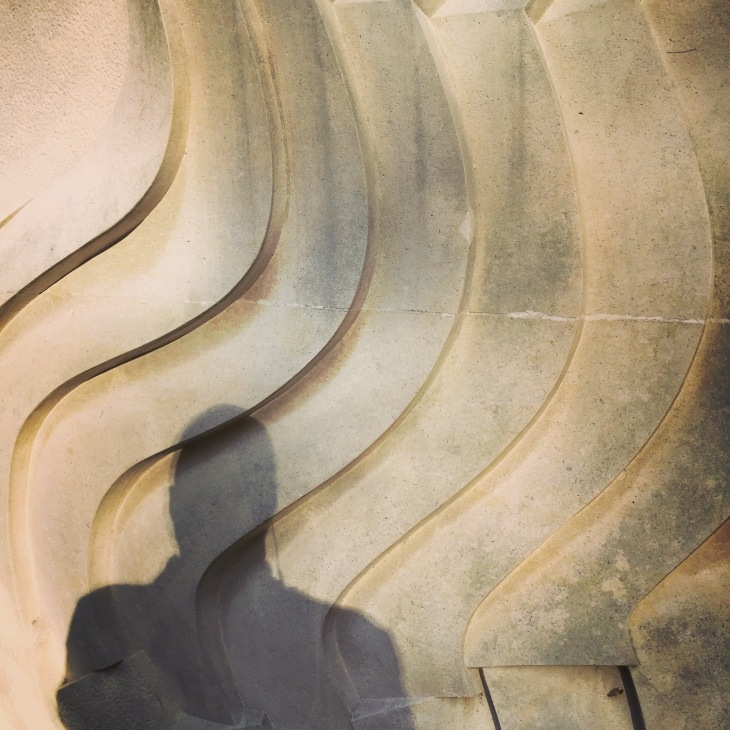 Think bigger
Let’s assume that everything is connected to everything else in some way.  If we can’t have those difficult conversations with people early enough, other things will deteriorate.  If we leave it long enough, things will often NOT just sort themselves out.  Small, seemingly insignificant (and seemingly unconnected) events, incidents, actions and NON-actions always have ripple effects that generate wider consequences; so someone who can think bigger knows it is important to take action and get things sorted early on.  In some cases, other people find themselves involved in the issue, whether they like it or not.  Also, seemingly insignificant and seemingly unconnected events and non-events can be indications of bigger patterns at play; patterns that may need to be modified before they seriously harm an organisation’s reputation, bottom line or effectiveness.  Left unattended, such issues can generate a cynical or toxic work environment when folks stop believing that poor performance or disruptive or disrespectful behaviour gets attended to.

Conflict capability
In so many cases, the workplace that rows well together, rows well together.  (See what I did with “row”?)  Years ago, when I was working as a family therapist, among many other things, we would assess a family’s conflict capability.  That is, we would observe their capacity to have conflicts and rows in ways which did not destroy their relationships, but instead brought them closer together.  These families, it turned out, were the families that had a bunch of well-developed capabilities through which they could deal with the issues and solve the problems that they came to family therapy for.  They were the families who had an ability to get everything out on the table, to examine difference, to be with their passions and emotions.  For these families, conflict capability and love were not mutually exclusive, they were inextricably linked.

The more placid families, who rarely raised a cross word, who constantly smiled at each other (though on reflection, they were only smiling with their mouths, not their eyes) were the ones where you could feel the underlying frustrations they had with each other when you walked in the room, but nothing was ever said.  The things that really needed to be said just didn’t; they remained inside and stayed there until, after festering and mestasising, burst forth every so often, creating havoc within the family system.

I’ve seen the same in workplaces.  How conflict capable is your team, working group, organisation?  Consider these questions:

Feelings. The cause of, and solution to, many of our problems.
Paraphrasing Homer Simpson there.  These conversations are difficult because feelings are present.  Quite strong feelings.  Quite uncomfortable feelings.  It can be scary, having a conversation like this.   When there is a lot of emotion tied up with something we have to say, everything we may have learnt in the manual (or at the seminar) about how to have a “difficult conversation” goes out the window.  Our anxieties well up, we revert to type, our “thinking brains” shut down and we end up fighting, fleeing or freezing.  Later when we’ve calmed down, the fight-flight-freeze hormones have left our bodies and our thinking brain comes back to life, we kick ourselves for messing it up.  However, we can harness uncomfortable feelings when learning how to deal with difficult conversations, instead of leaving them aside.

Surprise!
Dr Jakob Moreno is quoted as saying, “The thing that humans are least prepared for is surprise.”  His work involved assisting people to develop greater spontaneity and freedom and less fright-flight-freeze in their lives.  It appears that something called “state-dependent learning” is a good way of doing this.  Through this kind of learning, we can “short-circuit” our knee-jerk limbic responses to unexpected or emotionally charged situations.  State-dependent learning is when something new is learnt in a similar emotional or psychological state in which it will be required.  Airline pilots are put through such processes in order to learn to deal with emergency situations.  Truly experiential learning processes, such as role training for example, seem to assist people to learn new ways of responding in the midst of challenging conversations by creating an environment where a low level of the feelings experienced are present and new behaviours are practiced and learnt.  Learn how to respond easier and better to emotionally charged conversations in a role training session …….and you will be much more likely to respond easier and better in real life.    While state-dependent learning is not typical in the world of workplace learning and stretches us beyond our personal comfort zones, the benefits of committing ourselves to this kind of learning will enhance our work and lives immeasurably.

What can we learn?
The truth is there is no step 1, step 2 fail-safe method or shopping list for learning much of anything in the realm of human relationships and communication. Because relationships are a two–way thing, we can never reliably predict what another will say and do, so scripted responses have very limited use.   Some information and “10 top tips” may be helpful, however I believe their usefulness is limited.  The things to focus our energies on are the actual capabilities we will need to have in the heat of those moments.  Courage.  Patience.  Reflection-in-action. Equanimity.  Respect.  Empathy.  All learnable.  By and large, qualities evident within those families I mentioned earlier.  All learnt.  When the thing that inhibits us is something within ourselves and our emotional responses, what we need to grow is something within ourselves and our emotional responses.

As it happens…
I offer workshop events that apply role training around difficult conversations.  Check out the events page on my website for upcoming events.  I also craft in-house learning events for specific audiences or organisational needs.  Contact me for a conversation about this.

I am Director of Quantum Shift Global, based in London. I apply a cutting edge human technology to assist people to make the changes in behaviour and attitude that they and their businesses need in an increasingly "social" business world. View all posts by John Wenger

These are some good reads

Holding space to allow the specialism of Organisational Psychotherapy to emerge into the world.

The Nature of Business

The Joy of Work

Work and the search for what really matters

The art of interaction, the design of digital work and the science of social complexity

Good lives on our one planet

Playful with not knowing

Facilitating critical thinking about the business of business

This Much We Know

Making the transition to a better world

Working together to harness your full potential

Get "fit for randomness" [with Ontonix UK]

You MAY model, manage or mitigate aspects of risk...but you MUST prepare for uncertainty!

Innovation at the speed of coffee

Shifting organisations to a better place

Deming, Vanguard, Systems Thinking and that, in a normal, ordinary command and control organisation

bringing out the real leader in you